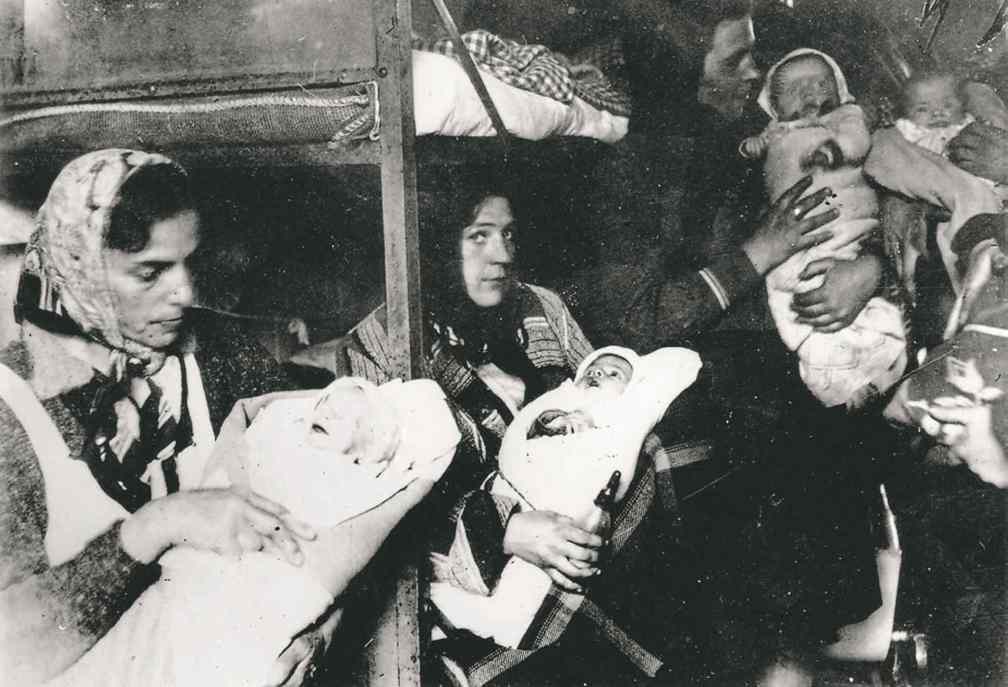 LITTLE, BROWN
Ukrainian and Russian mothers and their children are photographed shortly after the campÕs liberation in April 1945.

The most disappointing thing about monsters is they don’t look monstrous. So the ones whose mug shots are in Sarah Helm’s massive, brilliant telling of retching wickedness in If This Is A Woman seem on the surface no different than ordinary innocents.

Even more disturbing is the lack of guilt these torturers and executioners had for what they did for six years in the Second World War in the Nazis’ only concentration camp exclusively for women.

The SS men and women running this nightmarish human zoo believed they were respectable functionaries doing what they were told in a system created and sanctioned by their country to get rid of undesirables. So to them what they were operating was not a senseless coliseum of death, terror and sickening cruelty, but a legitimate, beneficial workplace.

(The phenomenon of mass murderers thinking they aren’t, and appearing to be just everyday people, is a combination described beautifully by writer Hannah Arendt — she called it “the banality of systemic evil.”)

At Ravensbrück, in a pastoral lake setting an hour from Berlin, SS Reichsführer Heinrich Himmler himself lovingly oversaw the design of a concentration camp on land he owned. He was very proud of what he accomplished, and often visited to enjoy the beautiful view of the lake.

Meanwhile, as he took in nature through his granny glasses, women nearby were being matter-of-factly beaten, starved, worked to death, poisoned, tortured, executed and gassed without a second thought.

Before Ravensbrück closed at war’s end, 130,000 women and children had been imprisoned there. The system never questioned why one SS doctor’s sadism was always accompanied with a smile, or why another loved to use his own custom-made torture devices, because in this environment the abnormal was normal.

As many as 90,000 of the women perished. Nervous breakdowns were easy to spot: the victims couldn’t stop laughing. 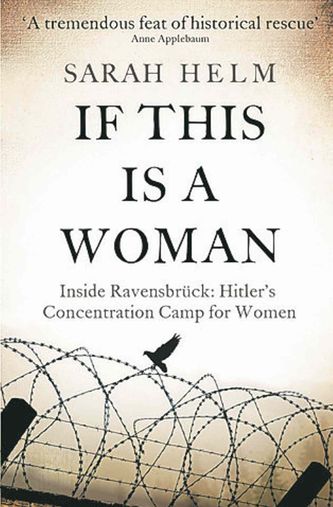 So begins the toxic story of the Nazis’ special hellhole for women and the exhausting struggle author London-based author Sarah Helm undertook to ensure what went on there is not lost to history as it almost might have been without her. She succeeds brilliantly.

Until Helm came along, the evil that was Ravensbrück was, for many reasons, by and large unknown to the Western world: the Nazis tried their best to destroy all evidence of it; the camp was in the Soviet postwar zone of occupation and inaccessible to the West; much of it was torn down to make way for a Russian army camp; and the nearby townspeople later proposed turning the site not into a shrine but a supermarket.

What is described in this book will turn readers’ stomachs. For example, one morning a three-year-old girl was walked by a male guard down to the nearby lake and drowned by hand because she had overslept and made him late for his breakfast.

Another guard saw a woman with a newborn still between her legs and picked it up and drowned it in a nearby bucket. (Some guards, both male and female, were put on trial after the war and executed; Himmler had already killed himself.)

The human fodder in Ravensbrück was women whom the Nazis considered enemies, troublemakers or nuisances: housewives, doctors, opera singers, academics, petty thieves, social outcasts, resistance fighters, Communists, Jehovah’s Witnesses, political foes, gypsies, prostitutes, the sick, disabled and the mentally ill. They came from more than 20 countries, including Holland, France, the Soviet Union, Hungary and Britain. Few of them were Jews.

Children were sterilized, newborns were routinely starved to death (600 of them), 25 lashes was routine for minor offences, and beatings and whips and bites from guard dogs killed many. Standing for hours outside in thin cotton dresses in winter was frostbite for some and fatal for others; fetuses were torn from wombs as the doctor and nurse performing the obscenity flirted. Seventy-seven Polish prisoners nicknamed “rabbits” were used as guinea pigs — their leg muscles cut or shot with a rifle (usually without anaesthetics) and glass, wood and dirt inserted into the wounds and treated with various drugs to see if any of them worked. They experienced unbelievable agony as infected legs blackened and ballooned. If they were still useful afterwards, the experiments were repeated. Such quackery was widespread and often fatal.

Many of the surviving women, covered with sores and emaciated, were then raped by the liberating Russians.

Any scholarship that strips naked the tyranny of extremism — from Hitler’s Nazi creed to today’s Islamic State and Boko Haram — is worthwhile.

If This Is a Woman is an important and noble chronicle of lasting value. It will make you cry.

Barry Craig is a retired journalist. He found the book heartbreaking.

2 thoughts on “Atrocities Rampant in Nazis’ Concentration Camp for Women”